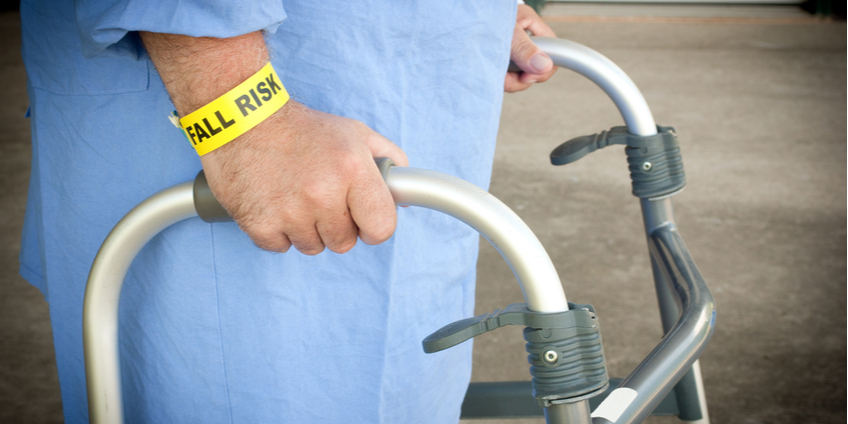 On some occasions, the professionals who are in charge of our health make mistakes. These errors can produce significant consequences for patients who can then initiate a legal claim to demand compensation for the damage caused. However, there are things about medical malpractice, that, you should understand.

Generally, cases of medical errors are difficult to detect. This is because of instances where people who have been victims of medical malpractice do not know how to proceed or act. In addition to this, hospitals usually have a strong team of lawyers who are dedicated to taking care of the interests of the ones whom they represent.

Let's take a look at this case of medical malpractice in which a man, who was listed by the hospital as a "patient at risk of falling," started a medical malpractice suit. He alleged that the nurse who was taking care of him dropped him due to a distraction on her behalf. He stated that at the time of helping him get out of bed, she began to check her phone and got distracted, which caused the man to fall and get injured.

The discussion of the case in court originated a split opinion of the judges and the jury panel since one party claimed that it was a case of medical malpractice while the counterpart said it was a case of negligence but not medical, therefore they didn't blame the hospital. (you can read the full news article here)

The truth is that every year, thousands of families in the US are affected by medical mistakes that, according to statistics, cause 98,000 deaths per year; and thousands more are injured as a result of medical errors. Despite this high level of incidents, most cases of medical malpractice are not recognized, declared, or do not proceed because the case was not well-argued and correctly formulated.

Despite these alarming statistics, the reality is that things do not always go according to expectations during surgical treatment or procedure. For this reason, it can't be attributed to medical malpractice. Some medications can have unexpected effects but have significant consequences even though it is not attributable to the negligence of the attending physician.

The most challenging cases to detect are those about slips and falls in hospitals. In the face of such cases, the question that arises is: Do impatient falls constitute Medical Negligence?

In the case of the fall that we mentioned above, there was a confrontation between the judges and the panel that led the case, and this is because it is not always clear whether this is a case of common negligence or medical negligence. The truth is that some guidelines help determine this, such as the cause of the fall and the circumstances that led to it.

Why would a fall accident in a hospital be medical negligence?

In these cases, it all depends on this data:

In addition to these factors, the jury also takes into account to make their decision, whether the patient was on the hospital premises or under medical care, whether the alleged negligence is based on the health center's safety standards, or whether the staff doctor acted or did not act in a certain way.

If the person was under medical treatment at the time of the fall, it is also considered Medical Negligence, since a doctor-patient relationship may be established. Also, if a patient is at high risk of falling due to dizziness, medical staff should take preventive measures to prevent a fall. And if this happens, the medical facility should be held accountable.

At Gallardo Law Firm, we have lawyers who can help you in your medical malpractice case. So don't be afraid to claim for that mistake that harmed you and your family. Our attorneys are fully knowledgeable of the Medical Malpractice laws in Florida and can guide and assist you through your process so that you get the compensation you deserve.