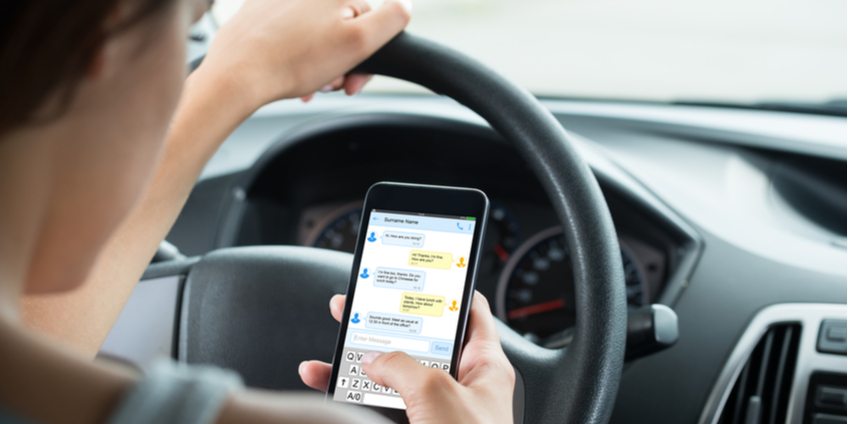 Florida has become one of the last states to make texting while driving illegal. The bill was signed by Republican Gov. Ron DeSantis last month, and it includes the banning of handheld wireless communications in construction and school zones. Until now, officers could only cite drivers for texting when pulled over for other traffic violations. Under the new law, motorists can be stopped for texting alone.

Many studies have confirmed that texting while driving is one of the most dangerous distractions as it forces drivers to take their eyes from the road. This new law is meant to make our roads safer and hopefully, prevent crashes linked to texting. For the first offense, motorists will be fined $30 and $60 for the second offense, plus court costs and fees with points added to the driver’s license. The law took effect July 1, but officers will begin writing citations in January.

Text messaging while driving is banned in most states. Florida was among the few states that didn’t make it a primary offense until now. The law doesn’t apply to a stationary vehicle or drivers using a navigation system. If your car was stopped at a red light or stuck in traffic, you could use your phone as long as your vehicle is not in motion. You can answer your phone, but can’t physically hold the phone in your hands in school zones. It’s best to use a Bluetooth or hands-free device. For a hands-free device, you must have at least one ear without an earbud in it.

Officers can’t stop a driver when texting at a toll booth or while in motion. However, if the distracted driver is impeding the flow of motion, he or she could be cited. Overall, you should reach your destination before texting. The law allows any driver to use their phone to track GPS directions. Type in the address before you get on the road and use verbal features for directions.

The police are not allowed to ask a driver for a cellphone to confirm he or she was texting. Instead, they are trained to spot when someone is typing on the phone. You don’t have to give your phone to an officer without a warrant or voluntary consent with the exception of a crash that may result in death or injury. The legislation doesn’t apply to self-driving cars.

Teens are more at risk

According to statistics, teens are at a greater risks of getting involved in a car accident linked to texting. Teen drivers are four times more likely to get involved in a crash when texting on the phone when compared to adults. One in five teens is involved in a vehicle accident caused by distractions in the cellphone.

At Gallardo Lawyers, we protect the rights of those involved in a car accident notwithstanding the reasons. Our attorneys will make sure you receive the most compensation available for your specific situation. Contact us for a free case evaluation today.