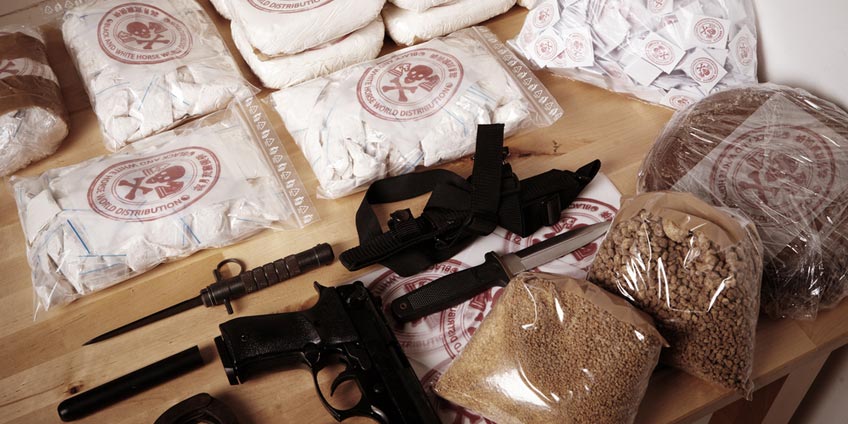 Drug Lord Gerson Galvez was arrested by Colombian police on April 30, 2016 in Medellin, Colombia. According to Colombian officials, he was expelled from the country within only 24 hours. Mr. Galvez is one of Peru’s most wanted criminals and Drug Lords, also known as Caracol (Snail). He is often described as a prototype of Mexican drug dealer Joaquin Guzman, who was recently arrested in Mexico. Apparently Galvez claimed to be innocent, as he repeatedly told journalists when being escorted to a Peruvian air force plane.

The rise and fall of drug dealers these days is as common as drinking a glass of water. Gerson Galvez, in particular, is connected to multiple killings, extortion, aggravated robbery, illegal drug trafficking, and many other crimes. He has also threatened prosecutors to extort Peruvian business by using his power. Peruvian authorities describe him as being a violent person. No wonder the Peruvian government had placed a $150,000 for information leading to his arrest.

Peru together with Colombia is the world’s second largest producer of Cocaine with high profile drug lords, where Mr. Galvez played an important role. Caracol was heading Peru’s leading and most powerful drug ring called Barrio king. Mr. Galvez and El Chapo Guzman are among the world’s 10 most wanted drug lords. He is one of the most sought-after drug dealers in Peru and made a lot of money selling cocaine internationally. According to some information from Colombian sources, his extradition was requested by the United States.

As many people in power tend to think, Mr. Galvez probably thought his corrupted authority would never come to an end, but here we are reading news headlines about his arrest. And one can only wonder where the rest of them are? Perhaps our prayers will soon be heard. Meanwhile, we keep hunting for crime and doing everything we can to defend the innocent. Contact Gallardo Law Firm if you are in need of a good criminal defense lawyer Miami.