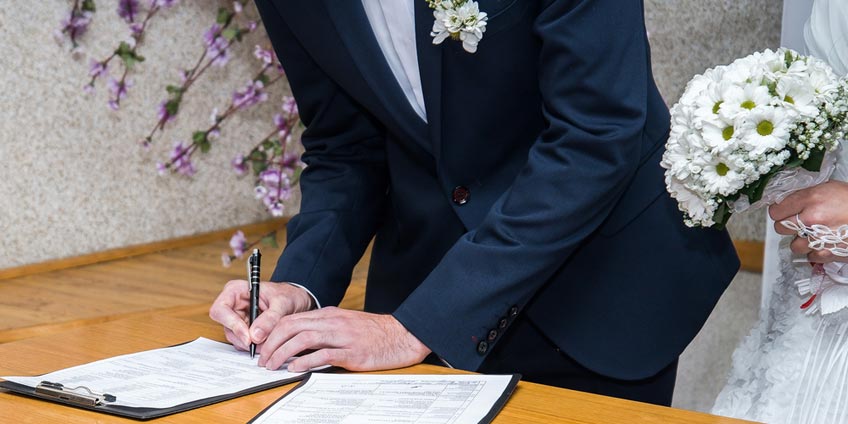 For some “I do” can be one of the hardest things to say but not for Liana Barrientos, a Bronx woman who was recently charged with marriage fraud. Apparently she said I do to 10 foreign-born men in 11 years, seven of which filed for permanent status based on the false marriage. According to the Bronx District Attorney’s office, the busy bride was charged with filing a fraudulent marriage license application and a bogus marriage license. The police believe the Bronx woman entered into marriage fraud to bring men into the country.

Barrientos’ history as a serial bride started in 1999 when she married Mohammed Gerbril in Eastchester. Apparently, only 2 years later, she walked down the aisle with her new husband Ahmad Allam in Rye. Subsequently, about 18 days later, she married Habibur Rahman in Yonkers, New York. In the coming years, she married many others and lastly the 39-year old bride got married in the Bronx, where everything was discovered.

Marriage fraud is a serious crime that weakens national security. According to Manny Gomez, a national security expert, this is a serious immigration scam and breach in security, which can be used by al-Quaeda to come to the US illegally. Many of her husbands are from “red-flagged” countries such as Mali, Turkey, Pakistan, and Egypt. One of her spouses, Rashid Rajput, was deported to Pakistan, his place of birth, after a Joint Terrorism Task Force’s investigation.

Barrientos will spend 12 to 18 months in rehab and will face up to 4 years in prison for falsifying official records, if she fails to complete the rehab program. If you are facing an immigration fraud charge, we encourage you to contact an immigration lawyer Miami from Gallardo Law Firm. Marriage for green card can expose both you and the U.S. citizen to criminal charges. Individuals charged with this felony can face up to five years in prison and a fine of up to $250,000.