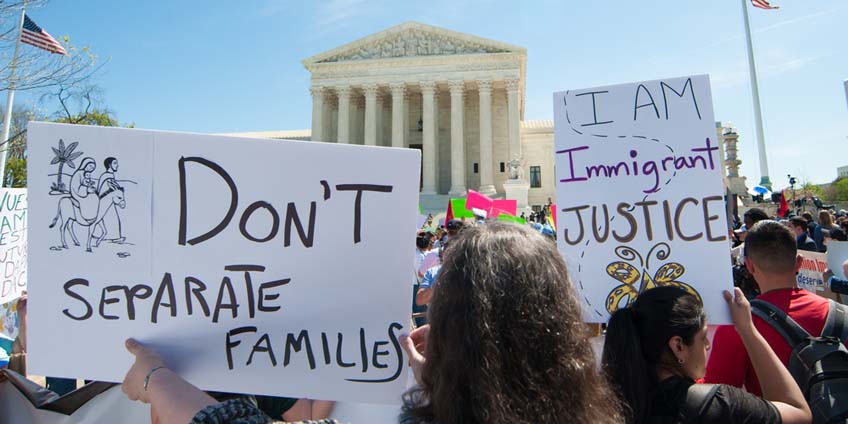 Round-ups have begun across the U.S!

On Trump’s orders, more than 600 undocumented immigrants were arrested over the weekend across 11 states. President Trump took to his Twitter on Sunday, “The crackdown on illegal criminals is merely the keeping of my campaign promise. Gang members, drug dealers & others are being removed!” Now, more than in recent history, undocumented immigrants should seek the help of an immigration attorney. Amidst the recent arrests, fear of deportation is swelling, with members of our community suddenly scrambling to get their immigration affairs in order. Whether it’s an expired Visa, application for citizenship, or someone who has been previously convicted of a crime, contact the immigration lawyers at the Gallardo Law Firm and schedule a consultation.

It is vital for undocumented immigrants to know their rights, especially in the event of the dreaded knock on the door. What should you do if immigration comes looking for you?

Residents of Miami, Florida have cause to be concerned since Mayor Carlos Gimenez was the first in the United States to sign and put into immediate effect the President’s sanctuary city order. With one memo the Mayor sheepishly complied with the sanctuary city order and reversed a county ruling made in 2013 which specifically stated Miami-Dade County would not comply with detention requests made of jails.

Since the Mayor’s memo went out, Miami-dade jails have received over 20 detainer requests. Complying with detainer orders means that the cost burden falls on local law enforcement instead of ICE. If the orders continue coming in at the pace they are now, more than 1000 people can be deported before the year is out, a feat that will cost the county more to enforce than the arbitrary funds the President threated to pull from cities which didn’t comply with his demand.

Rumors have been swarming throughout Miami’s prominent immigrant community that immigration check points were set up by ICE throughout the city. City commissioners are set to meet on Friday, February 17th to discuss overturning Mayor Carlos Gimenez’s hasty order to comply with the President’s ludicrous demands; in the meantime, the ACLU of Florida urges citizen to contact their local county commissioners and demand support of our enormous immigrant population.

At the Gallardo Law Firm, we proudly serve the immigrant community. Our team of immigration lawyers is well versed in citizenship, Visa applications, family petitions, deportation orders and more. Convicted of a crime and afraid of your immigration status being revoked? Call Gallardo Law Firm and explore your options! Now is the time to contact an immigration attorney, call us and schedule your consultation, before it is too late.