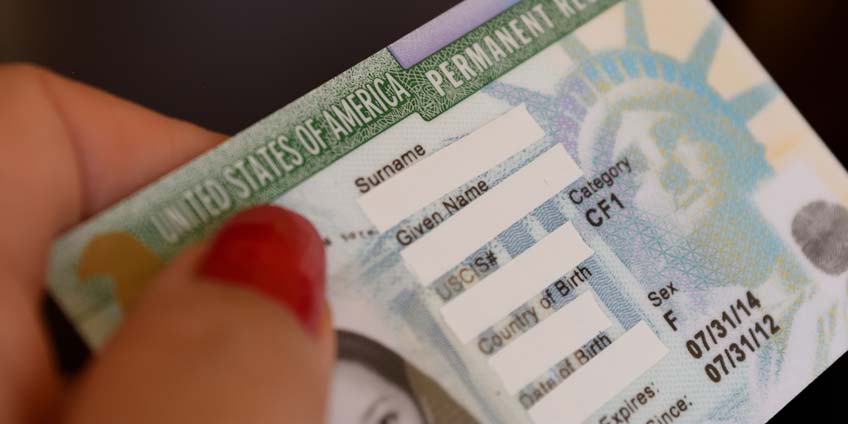 Changes to Immigration Could Hurt Employment

Chain migration is a term to describe a pattern of migration where immigrants go from town to town or state to state, usually following seasonal work. Enter the RAISE Act, “Reforming American Immigration for Strong Employment” proposed by republican senators Tom Cotton and David Purdue, which promises to reduce the total number of green cards issued annually by half. The two senators claim that by cutting the total green cards issued down to 500 thousand per year, we would be returning “to our normal levels of legal immigration will help improve the quality of American jobs and wages”, Senator Cotton, during an interview.

At the Gallardo Law Firm, we are prepared to handle immigration law cases, including obtaining a green card. We may be running out of time for getting the process going for those who are already in the country but have never begun the process of legal residency. Now is the time to get the legal process started, before immigration reform closes our borders if not permanently, for the next four years. The president has vowed to take a tough stance on immigration, which can negatively impact families here in our native Miami. The bill proposed by the senators would limit the ability of new citizens to sponsor any family member other than husbands, wives, or children under the age of 18.

The bill also includes provisions to eliminate a green card lottery which originated in the ‘90’s at countries from which few people immigrate from. Echoing President Trump, the bill would halt refugee resettlement and restrict the total number of refugees allowed into the country to less than 50 thousand per year. The RAISE Act has one positive component: it would introduce a new temporary visa for the parents of citizens residing in the country who are in need of a caretaker. Said caretaker would be able to renew their visas, but under the condition they do not seek employment or receive government assistance, further oppressing three groups of people: minorities, the elderly, and immigrants.

The bill sites employment and minimum wage as a reason to curtail immigration, when in reality many of the chain migrants whom they chose as scape goats often work for long hours in dismal conditions, and make well below the national minimum wage. The team of employment attorneys at the Gallardo Law Firm has defended many people whose employers exploited their immigrant status, refused to pay wages, unpaid overtime, and wrongful terminations, among many others. If you or a loved one needs the counsel of a seasoned Employment Attorney, contact the Gallardo Law Firm and schedule a consultation.

This isn’t the first time immigrants are targeted and blamed for stagnant wages, and the way things are going it won’t be the last. Some speculators are calling the bill draconian, while other pundits say that in order for the bill to pass, amnesty must be granted to those already residing in the United States. It’s too early to tell what will happen with the RAISE Act, but one thing is certain; if you or a loved one has any doubts about their immigrant status, visas, green cards, or employment law, now is the time to contact the immigration attorneys at the Gallardo Law Firm for a consultation.