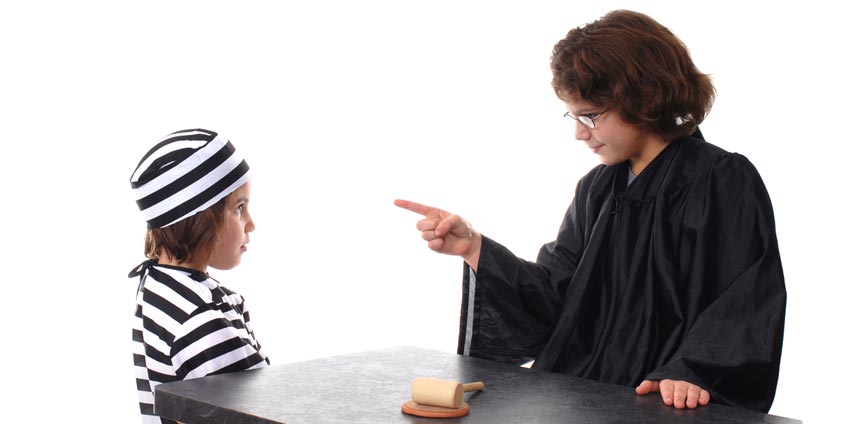 Michigan Judge Lisa Gorcyca was recently accused of berating young siblings ages 9, 10, and 15 in her court. Apparently the children whose parents were going through a not-so-pleasant divorce, refused to go to lunch with their father. Judge Lisa Gorcyca was irritated by it and accused their mother of poisoning the children’s attitude towards their dad. The children were deemed in contempt of court for challenging her orders to get along with their father and sent to Children’s Village, a detention center in Pontiac, MI.

The children said their father is abusive and they saw him beating their mother, something that hasn’t been proven yet since he has never been charged with domestic abuse. Even if Judge Lisa Gorcyca was correct about her judgment in this type of situation, the children should not have been treated this way and punished for their conduct by being held at Oakland County Children’s Village until they reach out to their father. They have been incarcerated for more than three weeks now.

The older sibling apologized for not understanding the rules but he didn’t apologize for not talking to his father. He said his father is a violent person. Gorcyca called the teenager “defiant.”A tape shows how incredibly she misused her judicial power during her conversation with the child. She asked the boy how he felt about being sent to Children’s Village. She forbid the mother and family from visiting the boy and didn’t allow Tsimhoni (his mom) to speak or say goodbye to him.

The judge also threatened the other children. She told them to have lunch with their dad otherwise they will also be sent to Children’s Village. The children refused to have lunch with their father and they were also sent to Children’s Village. They were ordered to have minimal contact with one another and forbidden to contact their brother during their stay there.

The judge was definitely out of line. She may have had her good intentions to change the children’s mind about their decision but her actions are inappropriate for a family law judge. If you have any questions about divorce in Florida, Florida child support, or any other family law matter, contact a family law attorney from Gallardo Law Firm today. We have experience handling a wide range of family law cases in Miami.