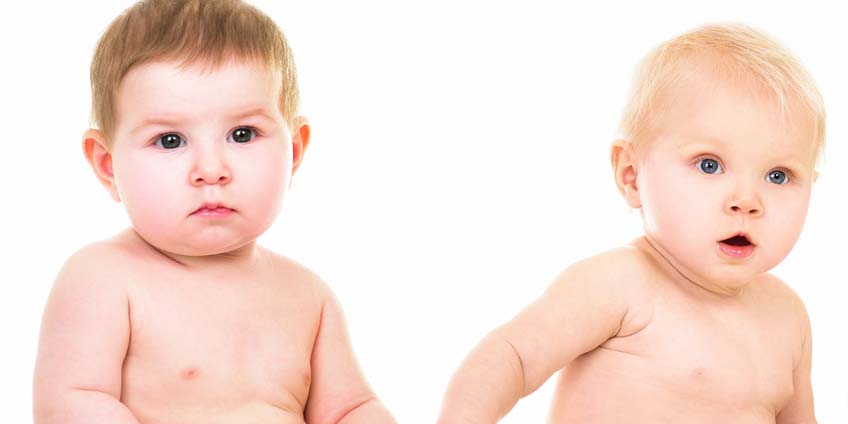 Twin Babies Different Fathers : Bizarre but not beyond the bounds of possibility.

How is this even conceivable? What is this strange situation called? Has this case ever been seen before? Who pays for the child support? Is there a solution to this very rare matter?

WHAT? Yes, you heard right and yes, this is scientifically possible!

In January 2013, a Paterson, New Jersey woman gave birth to twins whom have distinct fathers. After this very awkward question came to play, the court ruled to have a DNA test performed. As ordered, the Jersey woman took a paternity test, her results guaranteed to shock everyone not only in the court but as a whole.

She took part of an unthinkable condition, which confirmed that she had twins with multiple fathers representing each individual child.

This situation definitely falls as one of nature’s rarest events. This unusual event is known as a "Superfecundation", it takes place when a woman becomes pregnant again after the procreation has already existed of another fertilized egg.

In other words, it is an outcome of a woman having sexual relations with two men within the same exact week; in effect, the impregnation of the ovum and the twins are now known as, “Superfecundation.”

And the Results are in...

In final, according to our legal system, this occurrence has only been seen in two other cases, in the United States. Just recently, The New Jersey State Superior Court came to a final conclusion. The court ruled that one father will have to pay child support to one twin (child) being born. Fortunately, one of the father’s from the two babies came to a beautiful realization that he will represent as if he were the biological father of both babies being born.

In sum, this is definitely a peculiar paternity case; you can only imagine how difficult it might be to tell your children that they have two different biological fathers. More specific, telling your “twins,” that were in the same womb at one point, but still have two dissimilar dads.

However the case may be; we learn a valuable lesson from this particular litigation. No secret is safe between heaven and earth. Especially, in this cause, this is a secret that became revealed worldwide. We learn that in every movement in life, there will be a reaction or everlasting effect.