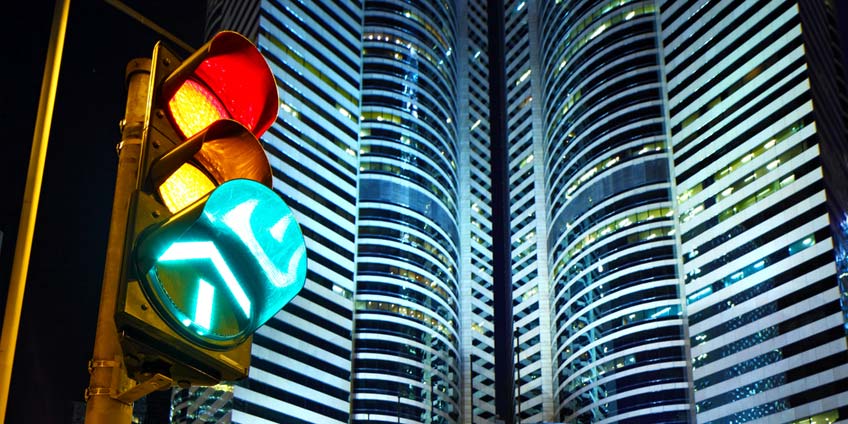 If you have spent any time in South Florida, you are probably aware of the heavy Miami traffic. For any number of reasons, including crowded streets, car accidents, and weather there never seems to be a traffic-free area in Miami. Miami-Dade County is now working on fixing that problem. Their solution? Installing a “smart” traffic light system.

All over Miami-Dade Country about 3,000 “smart” traffic lights will be installed to help decongest traffic flow and generate more efficiency for Miami drivers. Currently a traffic light is part of a computer system that changes lights according to cameras placed on the lights. A multimillion dollar modernization program is being implemented, this system is supposed to improve the synchronization of the lights. The director of the Miami-Dade County department of transportation and public works decided that her first change was going to be the traffic light system.

The original system created in 1975 used telephone lines to coordinated signals to the control room. Over time this has been changed to correspond to the growing technology. After Miami voters approved the half-cent sales for transportation purposes, the improvement of the control board as the system no longer had the capacity to handle so many lights.

Now that this “smart” traffic light system is underway, hopefully Miami traffic and Florida traffic in general will improve. Installing these lights may also help lower the traffic accident rate. Drivers may no longer be in such a rush or dealing with as much frustration while on the road. Testing these new “smart” traffic lights has begun we all hope Miami-Dade Country soon sees positive results.

In such a crowded city with so many drivers, it is easy to be involved in a traffic accident. If this has happened to you, you need a car accident lawyer Miami on your side. Contact Gallardo Law Firm today for a consultation.