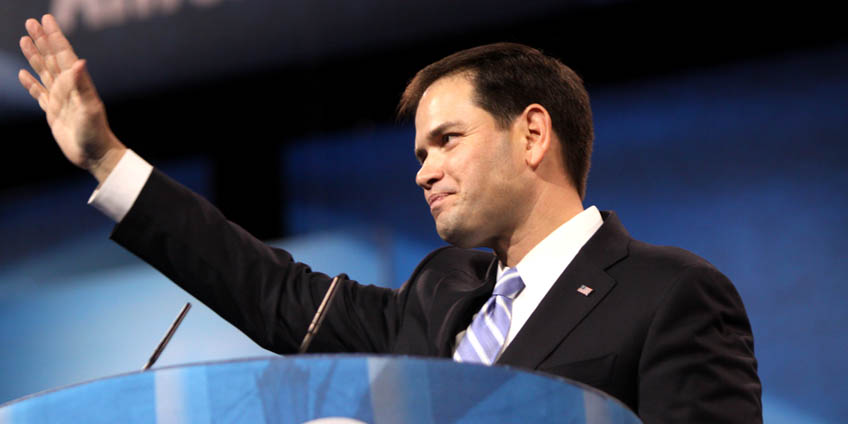 As more Republican candidates drop out of the presidential race, competition gets more serious and the few remaining candidates are head to head in debate. The major topic that has been argued about is immigration deportation and the laws surrounding this controversial topic. Republican candidate Marco Rubio, who was born to Cuban immigrants, has very strong opinions on the matter.

Born and raised in Miami, Florida Marco Rubio has seen first-hand the life of immigrants and has very strong stances on the matter. First hand, Rubio believes that in order to reform deportation laws, the U.S must first implement the more strict ones already in place such as deporting illegal immigrants who are criminals and create a merit based immigration system. Marco Rubio feels the U.S would benefit from this system and he would also want to hire about 20,000 new Border Patrol agents to prevent illegal crossing, especially near the U.S southern border. Rubio, if elected would also like to change immigration law by removing the current President Obama’s executive orders which have been deemed unconstitutional by several republican candidates. Essentially, Rubio has stated that an extreme solution to immigration will not solve the current issues we are dealing with.

The back lash about Marco Rubio’s immigration stance includes that Rubio will not actually implement these changes and is only saying so to receive votes and support for the upcoming election. For immigration issues, Rubio has been accused of flipping and flopping on his positions according to popularity and this has citizens concerned. Despite these concerns, many still believe Rubio is a likely contender for the presidency but only time will tell in the upcoming elections when we will see what Americans believe to be the right choices.