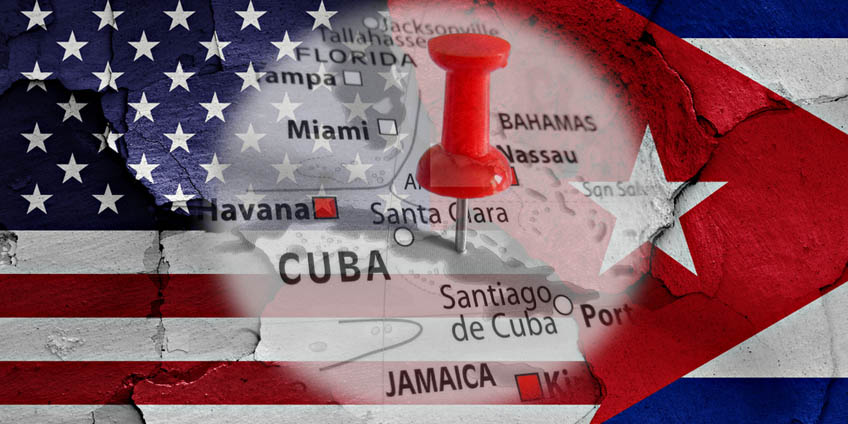 Earlier this week President Barack Obama has fulfilled his promise and is currently on the island of Cuba. President Obama’s aircraft Air Force One touched ground in Cuba on Sunday, March 20th, marking the first time a sitting US president has visited Cuba in almost 90 years. The Cuba US Embrago has been in place since the 1960s and now it seems it is finally coming to an end as President Obama is negotiating terms with President Raúl Castro. President Obama’s strides with Cuba have been received positively or very negatively, as he has either received praise or criticism.

One of the major things being affected by this visit is the Cuba US Embargo, as this visit is the beginning of an operation to open connections with Cuba. Part of the upcoming Cuba US Embargo change, is allowing more travel to the island and allowing the use of US dollars for more financial transactions with the island. The reason behind this change is that Cuba cannot prosper and develop until the embargo on Cuba is lifted. US companies will now be able to hire Cuban nationals, i.e. athletes or performers who will be allowed to obtain legal visas and earn salaries. Citizens of Cuba will also now be granted educational scholarships and grants as well.

This visit has been the subject of much controversy and as a reaction many citizens both American and Cuban have been protesting this visit and the Cuba Embargo itself. Over 200 Cuban-Americans gathered in Miami’s Little Havana to protest this visit. Many are either the descendants of or are in fact Cuban exiles. These protestors claim, President Obama lied, stating that he would visit once Cuba gave more rights to their citizens but to no avail, this still has not changed. Many are disappointed and see this as giving in to Cuban government. Resistance has also been met in Cuba as prior to President Obama’s arrival several protestors were arrested. It is still not known how this visit will affect Cuban immigration.

With immigration law reform around the corner it is of vital importance that you’re aware of where you stand, contact Gallardo Law Firm for an immigration attorney Miami to assist you with any concerns or questions you may have.